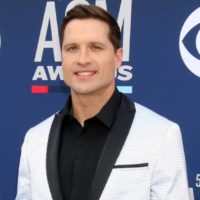 Walker Hayes has announced he is writing a new book, Glad You’re Here. The title of the book comes from a line in his 2018 single, “Craig,” which was inspired by his friend Craig Allen Cooper.   Throughout his career, Hayes has heavily praised Cooper (who is a pastoral writer), saying he once gave up his own keys to his minivan to help the country singer and his family when they were struggling to make ends meet. The book is said to explore the friendship between the two, sharing the backstory of how they met and how they became neighbors.

Hayes will also talk about how he turned to his spirituality after battling alcoholism and the difficulties it caused with his family, especially his wife Laney. Said Hayes: “I bought the house next door to Craig. The book uncovers the details of our friendship, my testimony, us losing a baby, so I go in detail about losing Oakley and how the Lord has redeemed that. I also talk about my battle with alcoholism and how it’s going. When I met Craig, I was an alcoholic, and now I will be six years sober in October.”

Hayes has yet to share the release date for the project; in the meantime, he will be releasing a new album on Jan. 21 and will kick off the Fancy Like Tour on Jan. 27.

Miranda Lambert debuts the video for ‘If I Was a Cowboy’