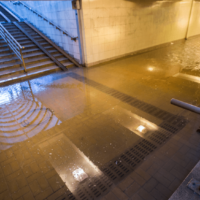 New York City and New Jersey was slammed with heavy rain overnight and into Thursday morning, causing historic, mass flooding due to the remnants of hurricane Ida earlier. The storm hit the Northeast as a post-tropical cyclone on Wednesday after making landfall in Louisiana as a Category 4 hurricane on Sunday. The historic rain halted subway service and destroyed homes in New Jersey. At least eight deaths were reported from the flooding, seven in New York City and one in Passaic, N.J.

Early Thursday, the city’s official emergency notification system issued a travel ban until 5 a.m., stating “all non-emergency vehicles must be off NYC streets and highways.” The Metropolitan Transportation Authority told residents that they “strongly recommended” the public avoid traveling.

Miranda Lambert shares new video for ‘If I Were A Cowboy’